Why is "Gallo Nero" the symbol of Chianti Classico? 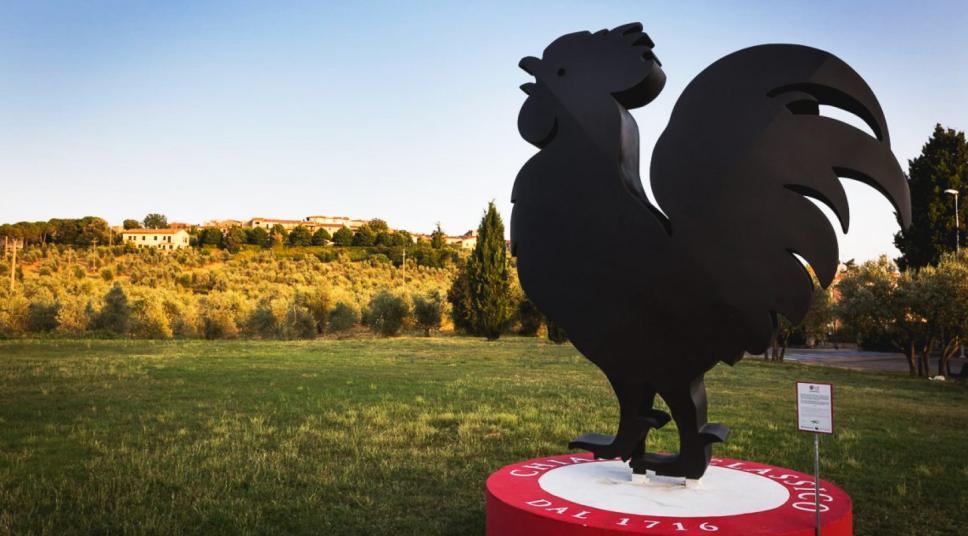 Why is "Gallo Nero" the symbol of Chianti Classico?

Why is the Black Rooster the symbol of Chianti Classico? To find the origin of the meaning given to the term we must go back in time. The story originates from an ancient dispute about the borders of the Chianti lands, located between the territories controlled by Florence and Siena, which was resolved with a race: It was established that a knight from each city should leave in the morning, at cockcrow, and walk towards the opponent. The meeting point of the two knights would determine the new border of their respective provinces. Siena chose a white rooster, well fed and strong, Florence a black rooster, fasted for a few days and kept locked up in a dark place. The black rooster, freed just before dawn, immediately began to crow, giving the start to the knight of Florence, who covered a significant stretch of road before crossing the opponent, who left Siena much later. The victory of the Black Rooster shifted the boundaries of influence and of the territory of the Chianti area: for this reason it is indissolubly bound to the precious Tuscan wine. Next time you will uncork a Chianti wine, remember to pay homage to the heroic Black Rooster with a toast!